“Someday I want to be…” – whatever you choose to fill in the blank space, the University of KwaZulu-Natal can help you get there, and one of your stops along the way should be Drama and Performance Studies.  We offer a wide range of courses at all levels from undergraduate through to postgraduate, that will challenge you, excite you, and prepare you to achieve your goals in any career you can imagine. As a former drama student says:  “Drama is the only course that gave value to self-reflection and self-evaluation.  With the freedom to think creatively, I wasn’t taught what to think, but how to think.”

At the end of the degree in Drama, graduates will have the necessary verbal and non-verbal communication, cognitive and social skills required for careers in a variety of fields, including education, public relations, advertising, marketing, management, human resources management, facilitation, community health, religion, law, politics and performance.  Within Drama and Performance Studies, advanced specialization for various professions is offered at third year and postgraduate level, in interrelated and interlinked areas of study.  Graduates have become actors, dancers, directors, designers, stage-managers in commercial theatre, in film and television companies, and in community-based theatre groups.  Increasingly, too, they have begun to establish their own theatrical companies and ventures, ranging from touring theatre groups to industrial theatre promotion companies.  Other fields include radio-announcing, script writing, producing in radio and television, theatrical criticism in journalism, arts administration and community cultural and health work.

Here’s what some previous graduates, from some very different career fields, have said:

“Everything I do in ADVERTISING involves drama: I present, and I sell.  I communicate, and I convince.  I direct, and I reinterpret what you see.  This is the essence of drama.  For its lifetime benefits, I thank the Durban Drama Department.”

“Apart from contributing to my advocacy skills, as a LAWYER at a leading firm in London, drama gave me an edge in that highly pressured environment: it taught me to have presence, so that when I speak, people listen.”

“Drama taught me to think creatively and communicate effectively at all levels, skills which are essential in a PUBLIC RELATIONS career.”

“I am a RESEARCHER in a $25 million project on the AIDS EPIDEMIC.  For the social and cultural aspects of my research and fieldwork, it is to drama that I owe my greatest intellectual debt.”

“A training in drama is invaluable to any writer, director and performer in TELEVISION.  Its application transforms documentaries and adverts into highly imaginative and exciting creations.”

“Drama was of paramount importance in setting and reaching the goals of my career as a TRAVEL AGENT: confidence, self-esteem, sensitivity to the needs of others, communicating effectively.  Indeed, these skills are essential to success in any career.”

“Through their experience, knowledge and talent as drama practitioners and people, the lecturers have influenced my life and career in TEACHING forever.”

“I came from a community that taught me to be demure and non-assertive, and then I studied drama: I learned how to be confident, assertive and creative, and acquired skills that have impacted on whatever job I have done in INTERNATIONAL RELATIONS from Cairo to Kathmandu.”

“As an ACTOR with the Royal Shakespeare Company, it was my privilege to study drama in Durban.  The staff’s exceptional artistic inspiration and high professional standards deserve and have earned great respect and admiration.”

As you study drama, you will be involved physically, intellectually, and emotionally, in a variety of situations that enable you to understand yourself, empathize with others, and know the world in which you exist.  Drama is finally about learning, acquiring, and developing the life skills you need to thrive and flourish in our world, both personally and professionally; it is a package that will prepare you for your future – whatever it may be, and wherever it may lie. 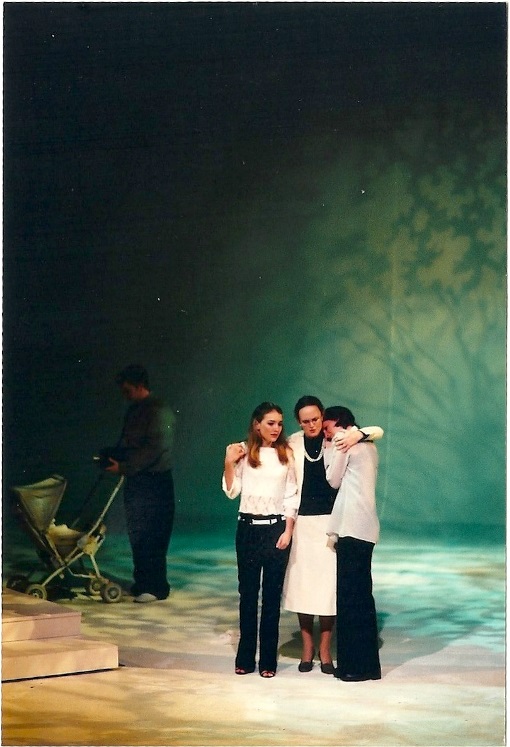 © 2022 University of KwaZulu-Natal. All Rights Reserved